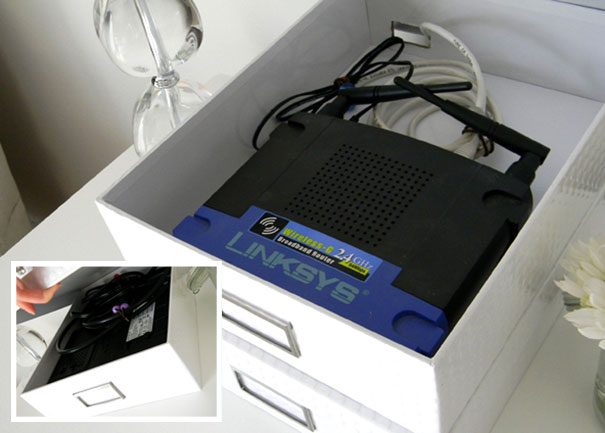 Wife: Dear, that stuff on the shelf will ever blink?
Man: Sure, because we won’t have Internet connection without it….
Wife: Okay, but please move it elsewhere because it is in a very bad place and does not even fit there….

I’m sure that many of the people are familiar with the above scene, even if with other characters 🙂 Our daily lives are networked with routers, modems, and other devices that create and bring 21st century communications into our homes.

Even if we don’t think of the 56k analog modem shown in the picture above (if you remember to that terrible beeps which means the device tried to connect to the modem of the internet provider – but in many cases it was unreachable or the connection dropped) most devices around us have some kind of LED or LCD display that indicates the current status. All of them usually have

Yes, it can show well, but not in the evening or in a darkened room when we watch TV and occasionally look back and forth willingly or unintentionally because it attracts the eye frequently.
Even if we do not look at this side, but at the aesthetics, as in a popularly furnished apartment, for example, the blinking achievements of the 21st century on the shelf look rather strange.

Fortunately, there are many ways to get rid of it. The most striking solution, shown in the image below, is to hide the device in an unused drawer. Or you can use one or two pieces of boxes if you want to store your devices above the table.

(the two pictures are for illustration purposes from here)

This idea can also be implemented with a desk drawer or a pull-out keyboard holder under the desks. Obviously, if you use a drawer that can be pushed in and out, there must be enough wire left for free movement.
The electrical cable of the device tolerates bending and winding relatively well, as do telephone cables and UTP cables. When connecting to the Internet with an optical cable, choose the fixed solution in the first place, as these cables are not very tolerant if they break or pinch somewhere.
If that happens, then the lights on the device will go off and remain dark until the troop of the troubleshooter arrives – and the occupants of the house will be doomed to the offline mode until repair.