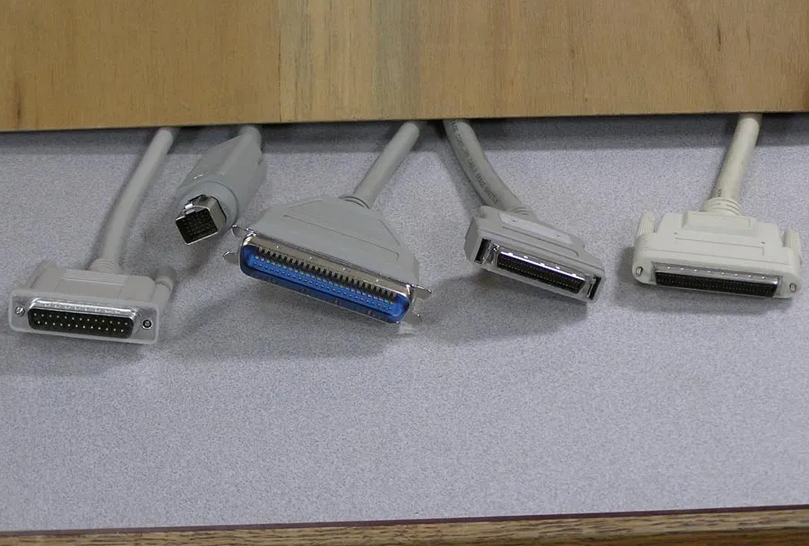 Shish (scsi) is one of the oldest and most popular dishes in Russia, there are many variations, it can be made from several vegetables, meat or even fish, bacon, mushroom, and is a common ingredient in sour cream or thickening flour. Salt, pepper, parsley or celery leaves, onions, garlic, bay leaves are usually used as spices. (source: Wikipedia)

However, if we don’t associate it with gastronomy, there is another SCSI that, while not spoonable, has at least as much history as its edible namesake.

We have to go back more than 50 years in time, because at that time the background storage of contemporary computers was just one or two floppy disks, each with a capacity of about 1-2 MB. I rightly came up with the idea that we should try smaller sites with more data. Following this idea, a card called Shugart Associates System Interface was created at Shugart Associates in the United States, fixed on the bottom of the hard drive, and this control card allowed the computer to access the data on the drive. The idea worked, so much so that in 1982 they wanted to fix the system specifications in a standard, but the ANSI standards body did not agree to have the company name on the standard. This is how the choice fell on a similar acronym, Small Computer System Interface, abbreviated as SCSI.

As I wrote above, the standard has been continuously developed. In the early days, the SCSI-1 standard was present. This included such a control card:

The upper picture shows the cable that connects the external device to the card, and the lower one is used to connect the internal devices (it shows the 7 black connection blocks of 50 poles each).

Unfortunately, in the early SCSI times, the commissioning of the device was not over by connecting the data and power cables because the devices still had to be configured. Below is a schematic drawing of the back of a SCSI CD reader.

From right to left

Of course, these settings also had to be made on external devices for proper operation. Among the devices, the maximum available data transfer rate was 5-7 megabytes / sec, which was outstanding at the time.

We wrote in 1994, when the SCSI-2 standard and the devices that use it appeared as a result of continuous improvements. It significantly increased the data transfer speed, so that speeds of up to 10 MB / s were available. It’s important to note that SCSI-2 devices were also compatible with the previous SCSI-1 standard – so much so that initially even the connectors were the same. SCSI-2 is also known as Fast SCSI.

As a result of the development of Fast SCSI, Fast-Wide SCSI was born, which doubled the width of the data bus from 8 bits to 16, so that the maximum data transfer rate was now increased to 20 MB / s and the number of devices that could be used simultaneously was 16 (15 devices + controller). has grown to. The development also brought about a change in the connector on the system, replacing the previous 50-pin connector with 68-pin. Nevertheless, the system remained backward compatible, and a device with a 68-pin connector could be connected to a controller equipped with a 50-pin connector using a suitable converter (or a cable equipped with both types of connectors).

Hence, in general, devices that use a 50-pin connector are narrow and 68-pin paths are wide SCSI devices. In the case of narrow, the data bus is still only 8 bits.

But what is this data bus. Think of it as a journey. If there is only one lane, traffic can only go one after the other or alternately in one direction. So it’s obviously pretty slow. If you already have two, one car can travel in parallel. Twice for two lanes for 4 cars and so on. Such “lanes” and “paths” are also required for data transmission. So it doesn’t matter if the road is 8 lanes or 16 lanes. In the case of a data bus, 8 or 16 bits of information are transmitted during a write or read.

As a result of further development work, using the previous 50-pin connector, a standard with virtually the same capability as Fast-Wide SCSI was created, which was named Ultra SCSI (however, only 8 devices could be connected here).

The subsequent Ultra-Wide SCSI allowed 15 devices to be strung on the controller again and the data transfer rate doubled again to 40 MB / s.

Ultra SCSI was followed by Ultra2. For Ultra2 Wide SCSI, the available speed has again doubled to 80 MB / s. In addition, another thing has been added, LVD, i.e. Low Voltage Differential, has been released. Such buses operate at lower voltages, but should not confuse LVD and non-LVD devices. At the same time, another connector appeared, which was already 80 pines.

In 1996, the SCSI-3 standard was developed, breaking with previous traditions and now using only the 68-pin connector. The speed of the Ultra3 SCSI has doubled that of the Ultra Wide SCSI2 to 160 MB / s. It is even referred to as Ultra-160. From here, they also broke with the fact that the SCSI name is carried on to denote generations. Up to 15 devices can be connected for both Ultra 2 and Ultra 3.

Unfortunately, this is how the SCSI event ends in its current form. One of the disadvantages of SCSI devices has always been that the significant size of the cables takes up a lot of space in the computer case, and the multitude of manual settings make the setup process difficult. SCSI in its current form has not been further developed, the last standard released was the 640. Because the data transmission and method itself guarantee extremely robust and reliable data transmission, the standard’s creators combined the basic elements of SCSI with the newer technologies (Serial ATA) that had appeared on the market by then, and SAS (Serial Attached SCSI) and Fiber Channel (FC) were born. ), which is a widely accepted method in servers and data centers today – but will be covered later.